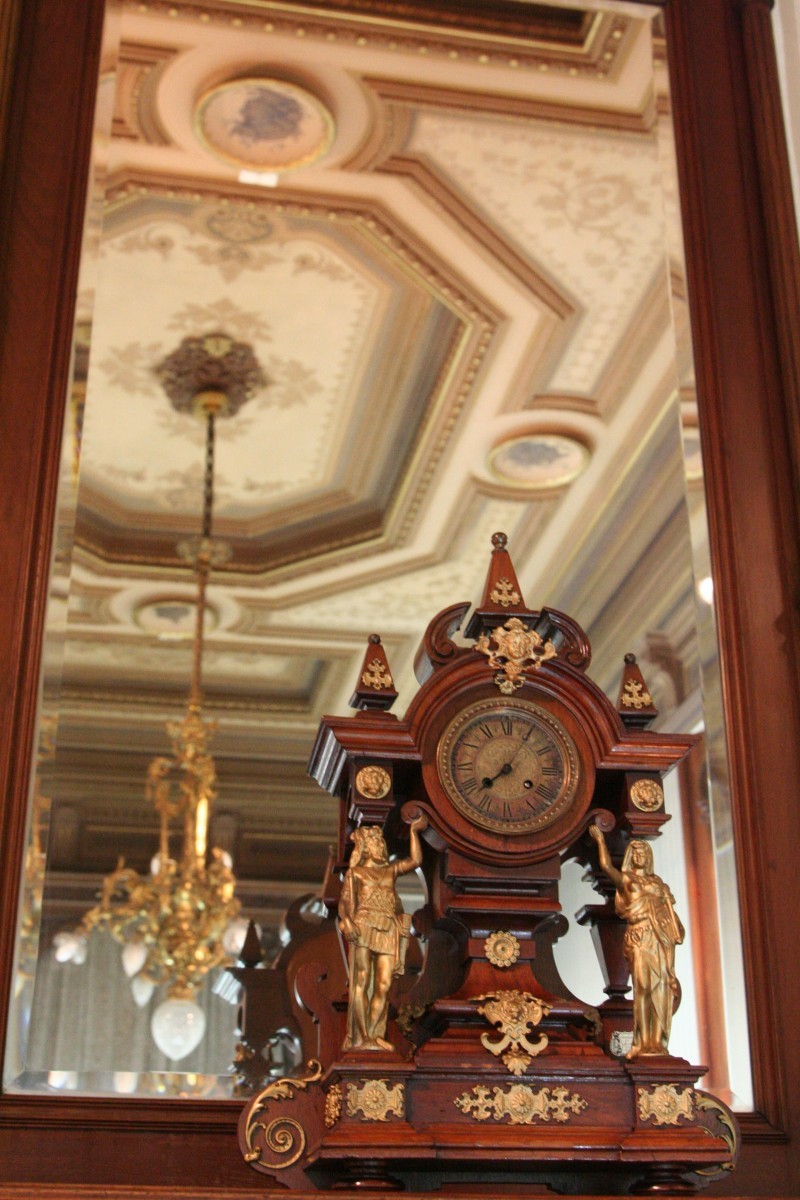 Exploring Montevideo was really nice. Chilly, as the breeze off the river was freezing, but a clear day made for good pictures.

This, however, was taken in the combined money/gaucho museum (one upstairs, one down). The mansion is an old mansion from days gone by that was rescued by the city and turned into a museum. Nice place filled with a variety of things, including old coins called 'gauchos', as they have a gaucho on the front (with half-gauchos and quarter-gauchos), gaucho whips (there are three different kinds of whips!), horse regalia, and more.