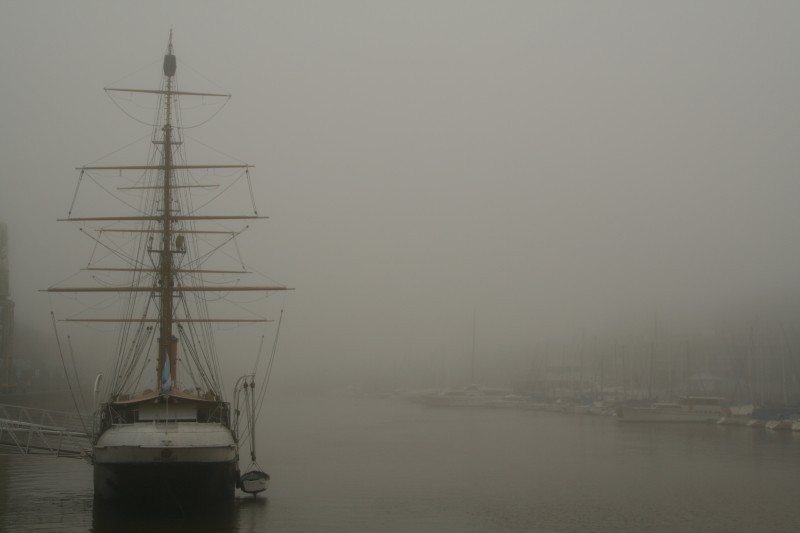 Posted by Ryan (Vancouver, Canada) on 17 April 2007 in Transportation and Portfolio.

The sky oscillated between robin's egg blue with a photographer's dream of clouds and an obstinate steel grey. At the end of the day, it finally decided what it wanted to do, which was open up a can of whoop ass on the city. Luckily, I avoided what seemed like a hurricane, as I had a class, then managed to catch one of the only subway cars running in the city (the storm paralyzed the entire transit system within minutes of starting). Chris, on the other hand, got soaked and had to dodge hail, poor girl. It was wacky. Everyone keeps telling us how the weather is so different, how global warming has had such a huge effect in the last decade on the weather, bringing on freak storms like this. April is usually a dry time here...

definately brings the atmosphere along!

@Dimitrios: ha, sure does!