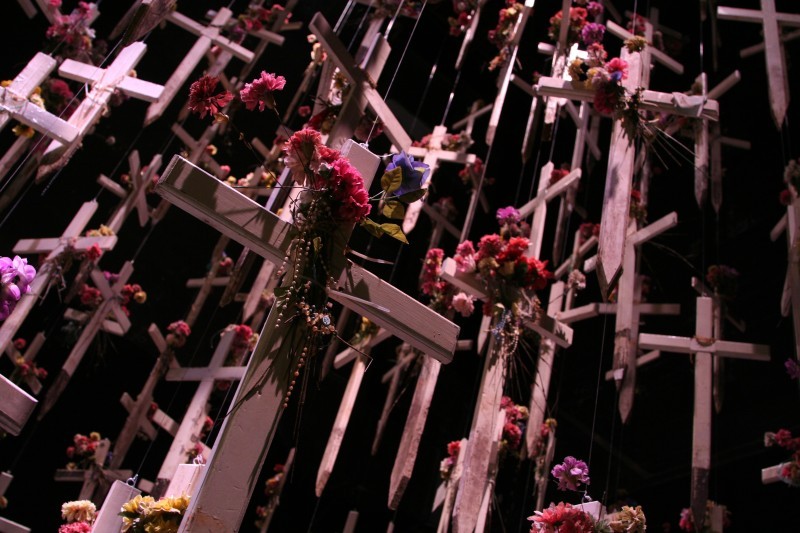 The Malvinas War was a terrible event for Argentina for so many reasons - it was a poorly-planned final attempt by a dying dictatorship to try and rally the country around it that put it in the bad books of most of the world and ended up killing over 600 Argentines and over 200 Brits in just over two months. Many people supported the taking itself, but didn't support the government doing it, and consequently weren't sure who to support.

We visited an exhibit at one of the many cultural centres in town that focused on the Malvinas War. These are the original crosses placed at the grave sites of those who died - they've recently been replaced. It was a powerful exhibit, full of shreds of clothing, photos, letters from soldiers, video of survivors, and of course, the crosses.