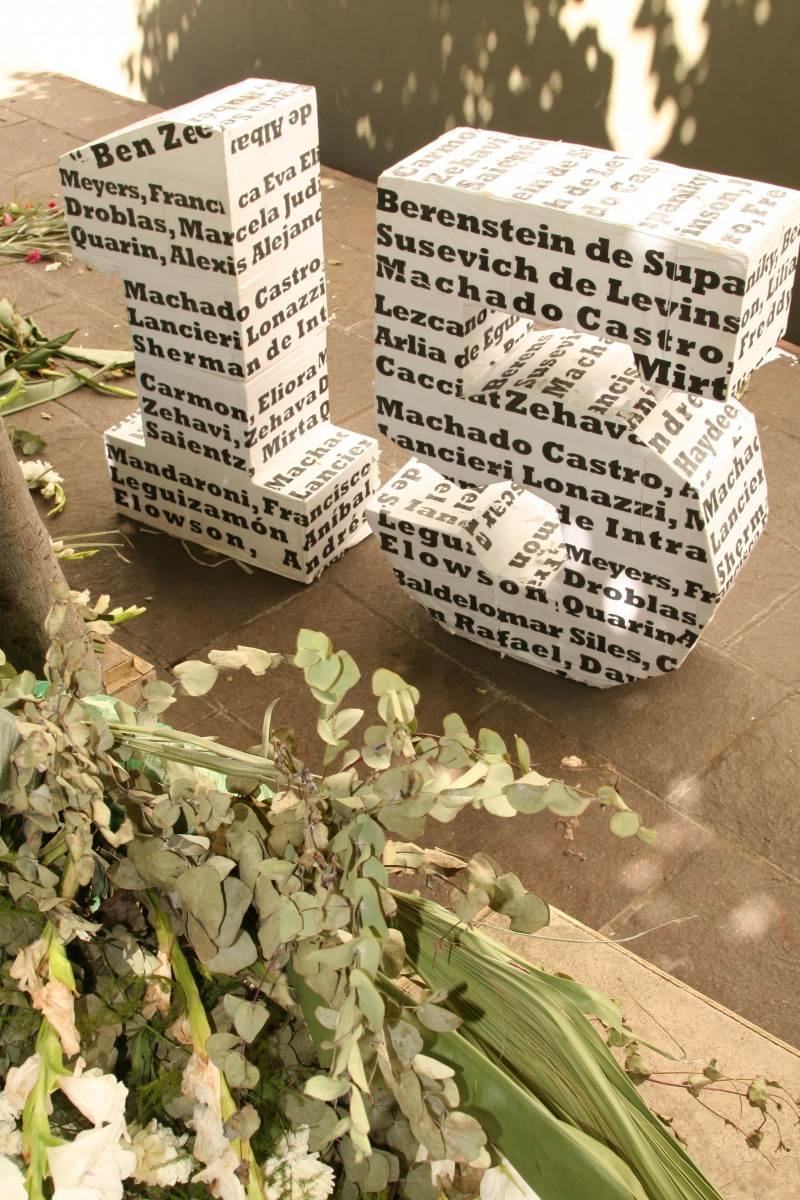 Posted by Ryan (Vancouver, Canada) on 16 March 2007 in Miscellaneous.

Tomorrow is the 15th anniversary of the bombing of the Israeli embassy by supposed Iranian militants. This morning, I taught close to the site and noticed tonnes of police officers blocking off the street. There were even portable metal detectors. I guess the president was supposed to speak there about the whole thing. Didn't see him, but this and a lot of flowers were left afterwards.