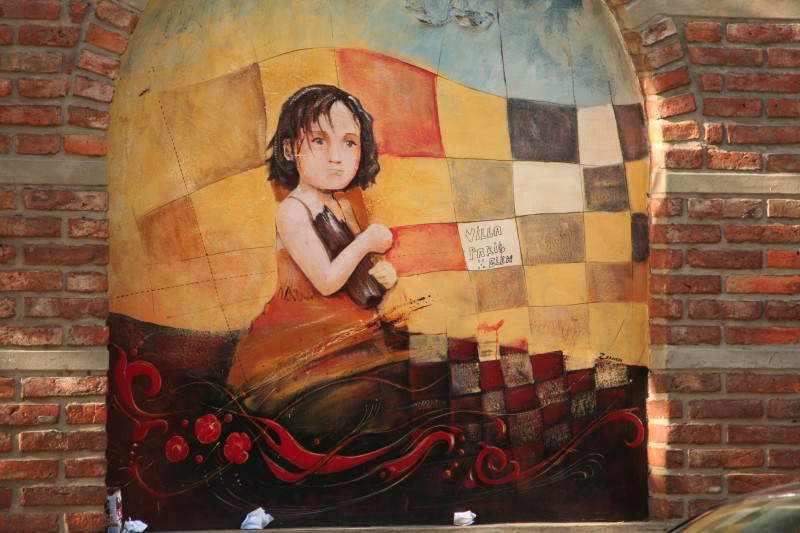 Posted by Ryan (Vancouver, Canada) on 8 March 2007 in Lifestyle & Culture.

There is some really amazing painting in this city.

This week I'm in Portugal, where Women's Day is celebrated with abandon. The restaurants last night were packed with large groups of women having dinner together, and the one we ate at was giving a rose to each. It seemed like quite a party. On TV today the news report took a decidedly racy turn with a good chunk of time spent in a club where there were male strippers and various male-body-part themed giveaways.

When our hosts at our vendor explained the meaning of the day (which isn't celebrated in the US so much - interestingly), it sounded more like it was designed to promote equality between genders, but I think the Portuguese at least have taken it a bit far afield.

@Megan F.: Hm, certainly sounds like they do a lot. A lot more than the few billboards up and flyers littering the streets I've seen here. Thanks for sharing, though!