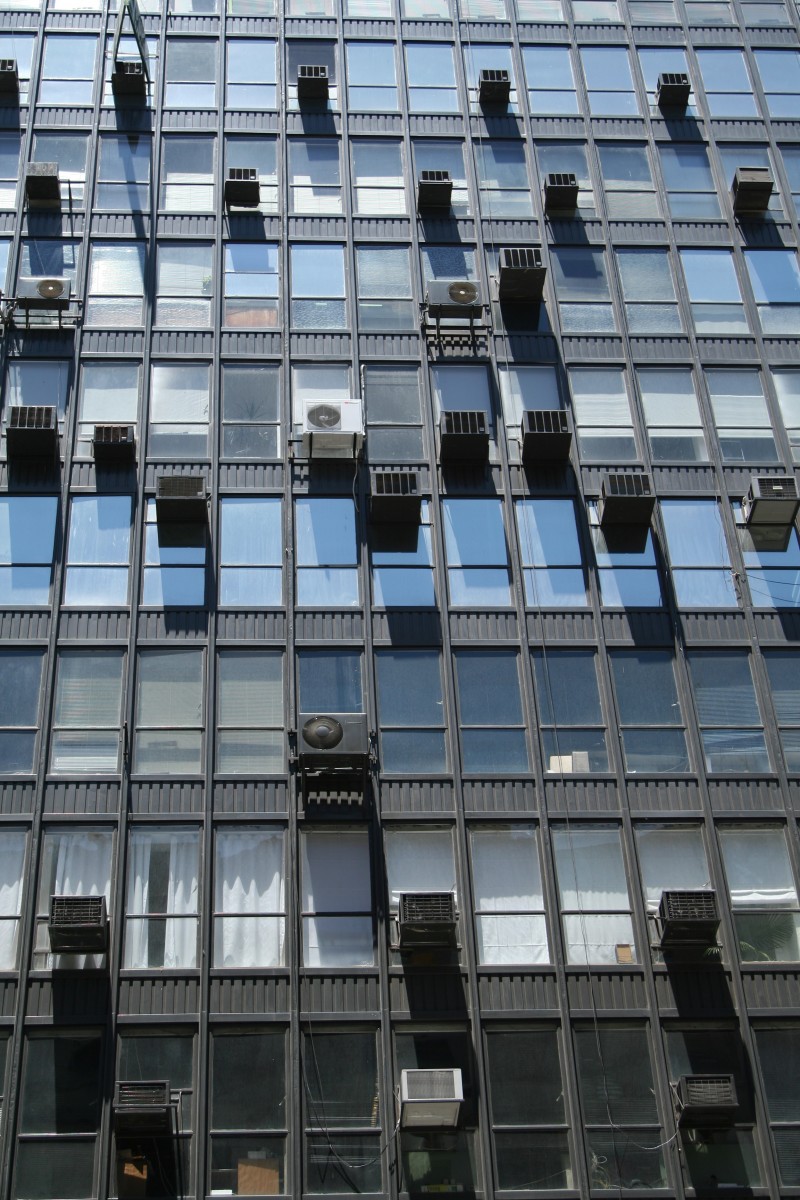 Posted by Ryan (Vancouver, Canada) on 2 February 2007 in Architecture and Portfolio.

There isn't much central air here (makes sense, large portions of the city being from the 19th century, especially downtown), so air conditioning is usually provided by individual units. Seeing as it was about 36 degrees today (plus a little humidity) and is supposed to hit 38 (again, plus humidity) tomorrow, I'm sure AC units will be giving it the full go.

They'd better watch it, though - in December, they were within a few hundred megawatts (out of nearly 18,000 potentially generated) of topping out. There were blackouts and brownouts, too.