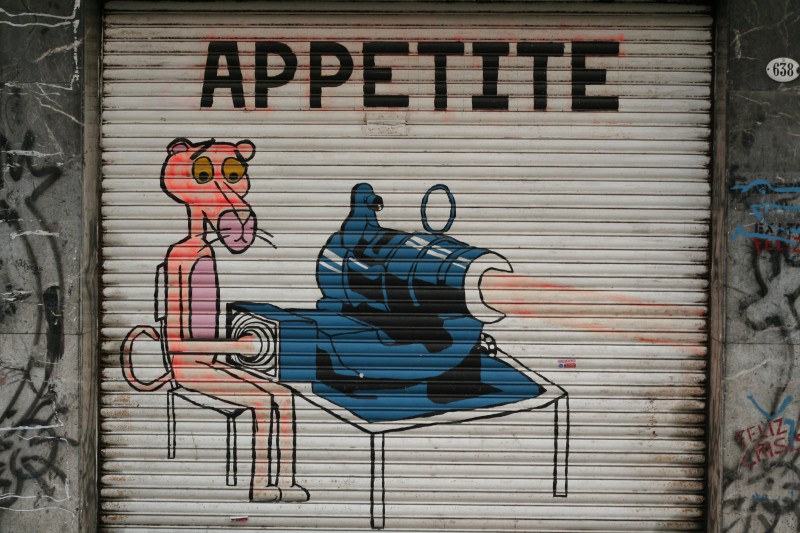 Every storefront (and window, like the ones in our apartment on the third floor) has metal security coverings, and sometimes they get decorated.

I gave my first photography presentation today. It was just a little thing offered by a group I've worked with called South American Explorers, something I put together to help people use their cameras better and help remove crappy photos from this planet. If even one less crappy photo gets printed...

It went well, despite that we didn't start until late due to a booking problem, the overhead projector we went to the location for didn't work with either laptop we had with us, and people left in the middle because they had only 'planned a certain time' to be there. I swear I wasn't that bad. The people who stayed really liked it, however. I wasn't as succinct as I had hoped to be, but a little practice last week paid off. Better luck next time!