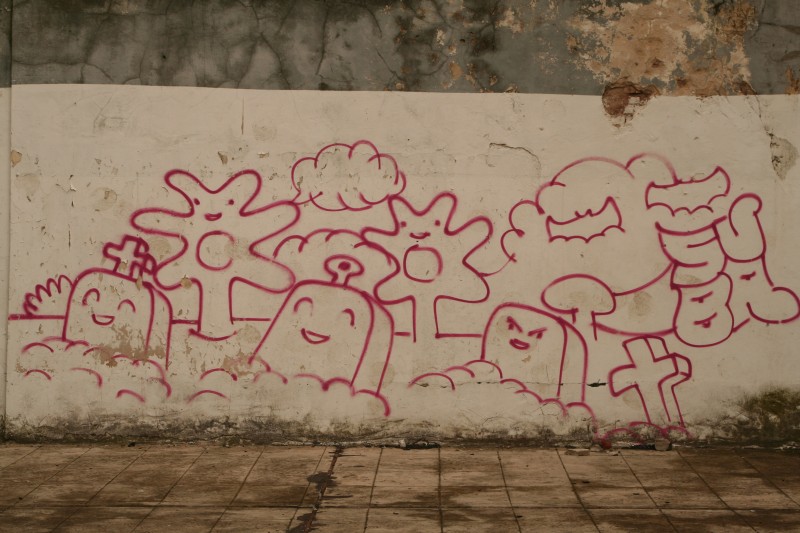 i don't always understand it

It's creative, though. I'll give it that.

This evening, there was a protest downtown. Tomorrow is the tenth anniversary of the death of José Luis Cabezas. The protest was at the Obelisco (one of the most recognizable features in town - they displayed some of his photos on the monument as they talked), as his death generated more than a little controversy. Christine will probably post a great story on all of it along with pictures (I was late to the party), but here's the gist of it: Cabezas was a reporter for one of the top papers that had been exposing corruption at that time. He had also somewhat recently taken pictures of one of the country's most notorious billionaires, Alfredo Yabrán, and published them, and was also looking further into his affairs.

When Cabezas was killed, two lines of investigation developed: one investigating the police and exposing corruption there, potentially reaching all the way up to the governor of the province, and the other into the businessman Yabrán. From what I've been told (I'm not sure of the full veracity of this), the police were linked to the businessman who had told them to rough the photographer up (possibly more, no one knows).

A little more than a year later, during the peak of the investigation, Yabrán was found dead of a gunshot to his face. Suicide was the stated cause of death, but Argentines love their intrigue, and rumours immediately surfaced that he had faked his own death. Reports occasionally surface from people swearing that they've seen him.