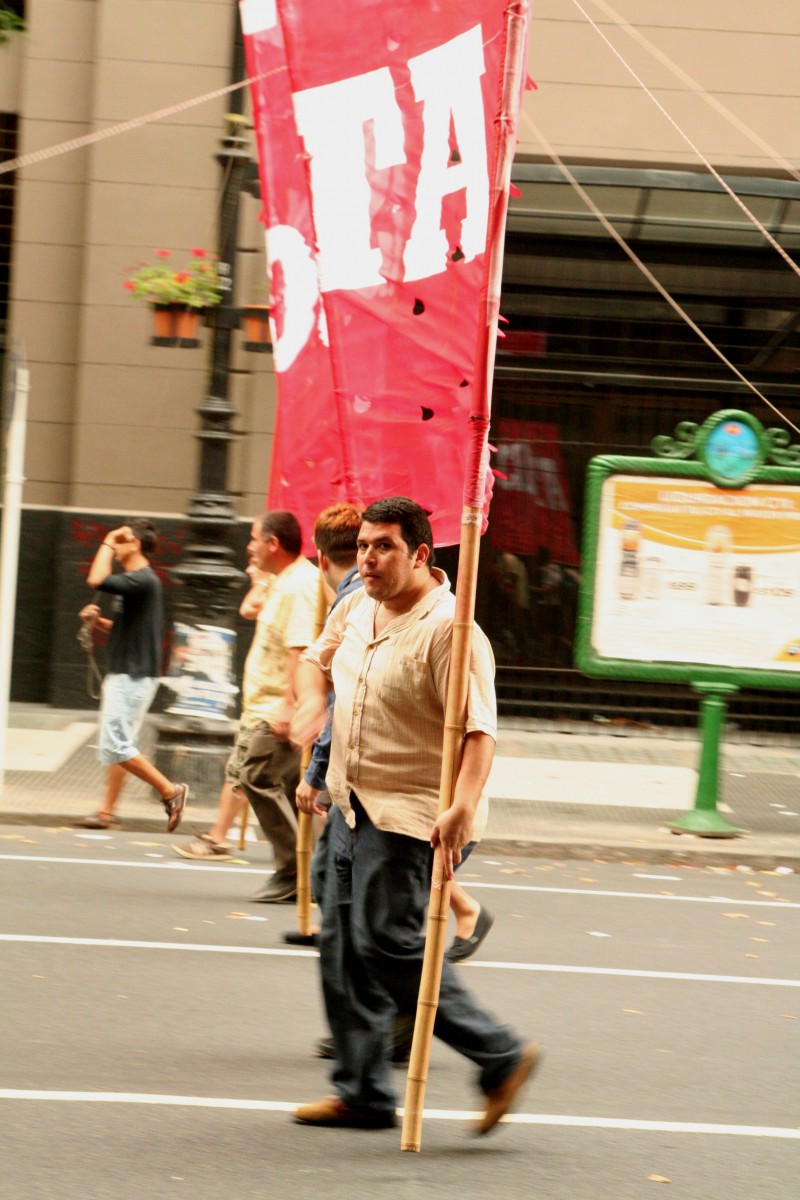 Four months ago, a witness who had just finished testifying to being tortured by a former police chief disappeared from his home. He was lauded by the government as a hero for his willingness to come forward to put these previous torturers in jail. Unfortunately, people are very afraid to do so, and this is why. The dictatorship has been out for 25 years next year, and yet, a man disappears. Recently, another man was abducted, tortured, and dumped (alive) hundreds of kilometres from his home.

No wonder people are scared.

Today, thousands marched, calling for the government to find Lopez. To try and recover a bit of the peoples' hope that someday, they will be able to finally put this behind them, because don't think it's ever that far from their minds here.