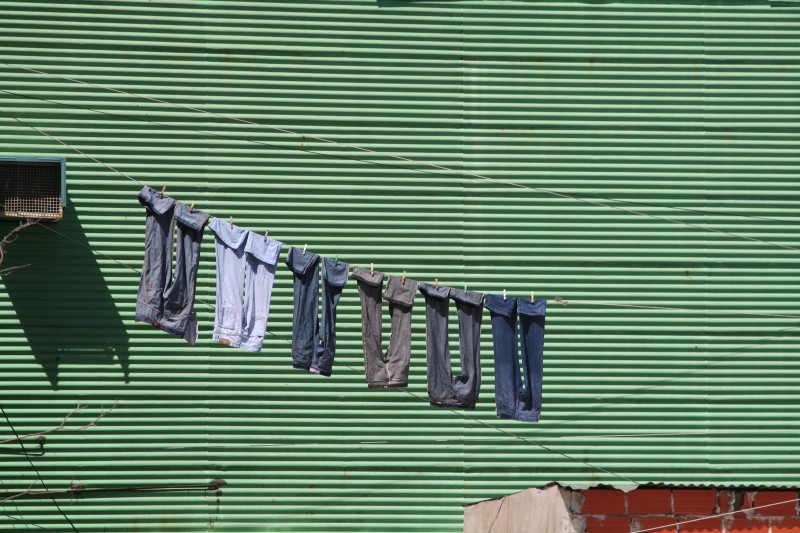 Posted by Ryan (Vancouver, Canada) on 15 January 2007 in Cityscape & Urban and Portfolio.

My little cousin in grade 2 had a class project where he had to send a little plush animal around the world along with a journal. Each kid would do this and they are keeping track of where they all have been, getting them all back before the end of the year to review the journals. I was in La Boca, one of the prettiest (and most touristed-up, and smelliest, due to the polluted river, and poorest, for various reasons) areas of town, intending to capture Pluto (the Disney one, not the planet) in a colourful locale.

In my pants pocket he resided, and at some point, he either fell out and someone picked him up, or the kid who ran into me at one point lifted him. Either way, Pluto's gone, though a replacement will be purchased shortly and sent on his way. Apparently, the kid's excited that his doll was stolen. Who knew?

Anyway, pants. This image makes my eyes hurt sometimes. That's why I like it.

This is my first visit to your site and I found this one in your archives. Nice commentary and the photo makes my eyes hurt too :) What a clever image. I like to see different things than the norm. Good shot.

@Sherri: This is one of my favourites that I've put up on here. Glad you agree!